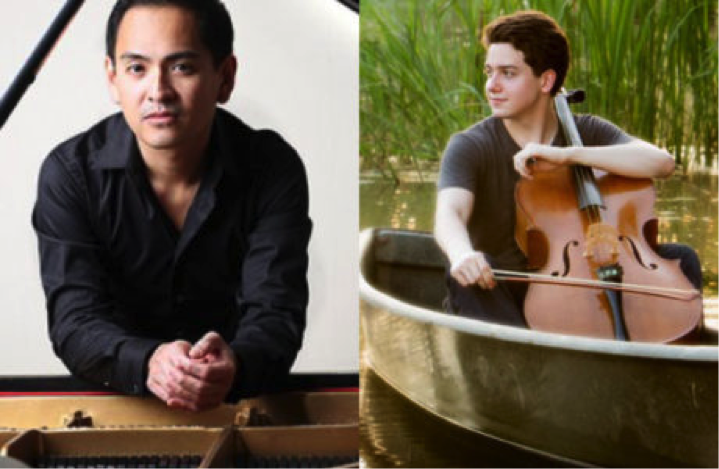 Our live afternoon series of “impromptu” music and conversation in the Levin Performance Studio often features artists about to appear elsewhere in Chicago. WFMT also makes a special effort to feature and introduce younger musicians in this series. The producer is Louise Frank

Hailed by the Philadelphia Inquirer for “projecting polished charisma and a singing sound,” cellist John-Henry Crawford has a passion for sharing powerful music with audiences near and far. His collaborator today is the wonderful pianist Victor Santiago Asuncion